I was only two weeks from completion of “Becoming an Outlier” when it occurred to me that the course rattles off 30+ concrete ways you can change your life as an aspiring outlier. That’s a lot to soak in over a 2.5 hour period. So I wanted to create a community that could help keep these principles in your mind and encourage you to continue setting new goals. 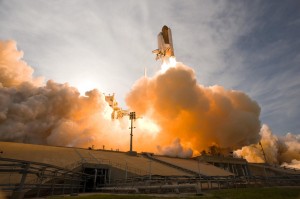 My initial idea was to multithread this task by also learning some new tech along the way. I’ve been wanting to learn Mongo, Express, Angular, and Node, so I started off building this site from the ground up using the MEAN stack (the acronym for using the aforementioned technologies when used together). But I quickly realized I was making a mistake I’ve made before: You often have to decide if you’re trying to learn or trying to launch. There was no way I was going to learn four new technologies and launch a site within two weeks.

by Eric Ries. What was the simplest thing I could do to validate that this site was even a viable idea? The answer was clear: I already had hosting and it didn’t take long to setup a WordPress site and begin hacking away in PHP to make this happen. I’m not proud of the code behind the scenes (yet), but I am glad I chose the path of least resistance and got something out here!

I’m still finishing up the Goal-Setter-O-Matic. Soon it will:

And the Results So Far…

I’m a big believer in doing things in public. So I’d like to share some numbers with you. If you’re not interested in the stats behind the scenes, feel free to tune out here!

One week ago OutlierDeveloper.com and Becoming an Outlier launched on the same day. And so far I’ve been completely blown away at the response! Here’s a few numbers to give you a sense of my excitement:

In the first week:

Woo hoo! It’s been a blast watching the numbers. But how many have reached out and gotten involved here on outlierdeveloper.com in the first week? Well, those numbers have totally exceeded my expectations!

And you helped make these numbers happen, so thank you!

I didn’t list perhaps the most exciting aspect: There are already eight brave guest bloggers who have volunteered to submit guest posts! This is perhaps the most obvious way you can take a big step toward becoming more public, so I’m really fired up to see so many who are ready to contribute. And the subjects are really compelling including “Purposeful Polyglot”, “The Road From Nobody to Half a Somebody”, and “Confessions of a Job Hopper”. The first will publish on Monday. I’d love to see you submit a guest blog post as well. If you already have a blog, it’s a great way to get new readers. And if you don’t have a blog yet, it’s a great way to get your name out there and try something new. Sign up here!

I can’t wait to see your reactions to the excellent guest blog posts coming up. And I hope you’ll let me know if you have other ideas on how you’d improve the site. Thanks again for making this an epic week, and consider telling the community about your progress!