I used to believe that outliers were people who performed superhero feats that I could never hope to match and one glance at my Twitter feed was all I required as absolute proof.  Let me show you what I mean. 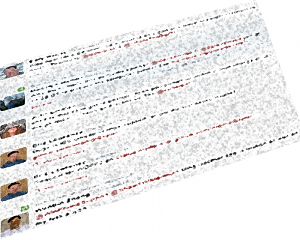 By the time I wake up, A has already tweeted that she pulled an all-nighter performance-tuning some massively parallel database logic and shaved off an insane number of cycles.  B couldn’t sleep so he settled down to learn a technology he’d heard good things about.  By lunch-time, C has delivered a well-received keynote at a conference that D and E are attending and E is also speaking at.  Both D and E spend the day tweeting quotes from the various speakers from said conference.  B replies to some of those tweets and the whole thing turns to banter.  A posts a link to some 1970’s highly technical white paper on parallel processing algorithms and marvels at how relevant the contents still are.  Those early developers really knew their stuff!  B eventually tweets that he’s whipped up a quick thing using the new technology and is loving it.  D boasts about sharing a beer with C and having a blast which A claims to be envious of.

Based on this, outliers are people who code by night, speak at conferences by day, and enjoy a well-deserved beer before starting the cycle again.  Right? Well, let’s see: The next day, neither A nor B tweet anything at all.  D’s flight gets delayed and he’s stuck at an airport.  E gets home with a sigh of relief and tweets about procrastinating on that online course she should be recording but it’s such a gorgeous day out that she goes for a long walk with the dog instead.  F, G, and H are all tweeting about unrelated but cool GitHub projects while K tries to find volunteers for a coding dojo for kids that he’s organizing.

My state-machine-like brain gets tricked into believing that whatever a person was doing when they last posted is what they continue to do until their next post indicates they’ve moved on to something else.  From the information above, it has no proof that A ever sleeps.  It gets so caught up with all 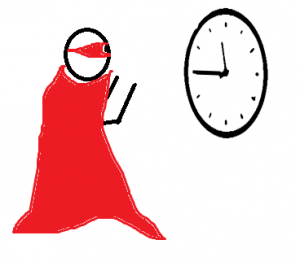 the great things being accomplished on the second day that it glosses over the fact that most of those actions were being performed by a different set of people while the first set are going about their regular lives, walking the dog, taking kids to soccer practices or dance lessons, and the like.

Everyone has 24 hours per day.  No more, no less. It’s what outliers choose to do with those hours that makes them different and it’s the tidbits they strategically choose to share of their lives that trick us into believing they have super powers and a wardrobe full of superhero capes.